A historic heritage cemetery gate is comprised of two parts - a structural building part and a wrought iron part. A brick wall, which does not exist anymore, was built in the first half of the 19th century. What you see nowadays is a replica which was built in 2012 - 2013. The reason for a reconstruction of the original replica was due to a considerable deviation from its axis as well as a potential possibility of injury to human’s health and a destruction of both parts of the gate. A hand-made wrought iron lattice grille from the 16th century was reconstructed in the same years, in 2012 - 2013. Initially, it decorated the entrance to nowadays not existing Lichtenstein’s theater in Lednice. The way the gate was created and thoughtfully designed using a space perspective, makes an impression of an endless space to where one can enter but not return back. A former primary school principal in Podivín, František Procházka, lays out another distinctive explanation of infinity and irretrievability expressed in the way the wrought iron grille was forged. 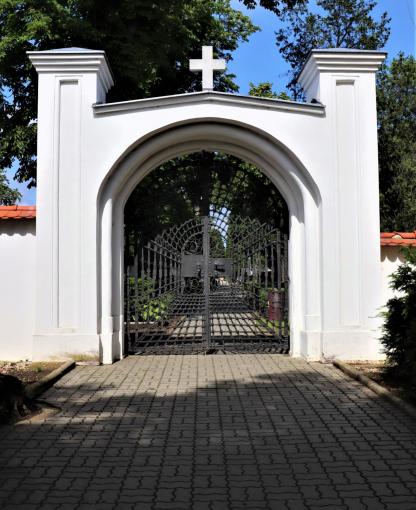 . A quotation from the chronicle is in original and incorrected phrasing:

…at the time of such an event and a celebration, a local town council pays attention to Amplissimus Dominus  Canon’s emphatic demands of using the beautiful forged grille, a present from Serene Highness prince John of Lichtenstein, which had been lying behind the church under sky for 5 years (in its entire care of beautifying the town) and letting it embed into the newly built gate. Amplissimus Dominus Canon painted the wall to prevent the beautiful door from looking ugly otherwise a local council would have done nothing again… 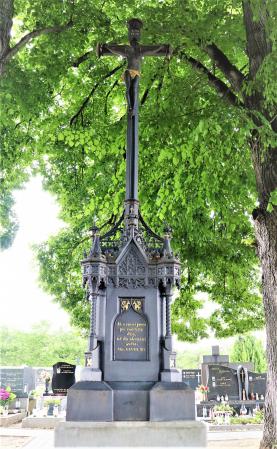 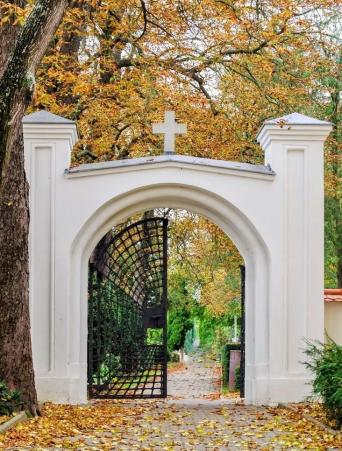 Many persons and institutions were involved in the reconstruction of both historical heritage components. In the efforts of all, we acknowledge a project management company, OK Atelier Břeclav - Ing. Dalibor Klusáček, a building foreman - Ing. Jan Latín, Jiří Škarda’s building company from Podivín, an artistic blacksmith master - Zdeněk Mittner from Rajhradice u Brna. The cemetery gate is a National historical site and is listed in the National Cultural Heritage in the Czech Republic. 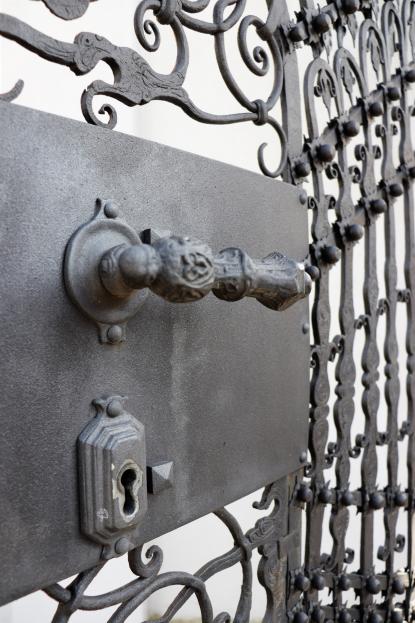 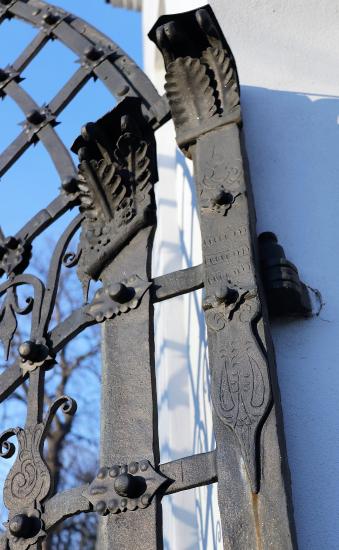 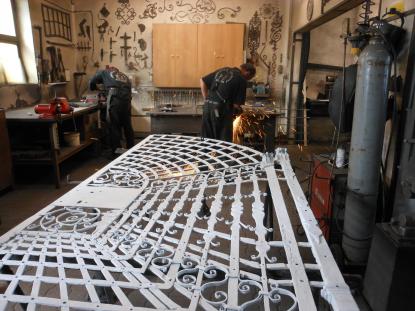 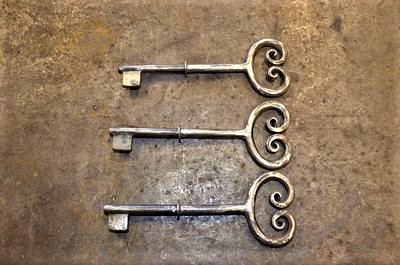 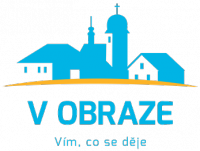